Mehnaaz Khan
a month ago 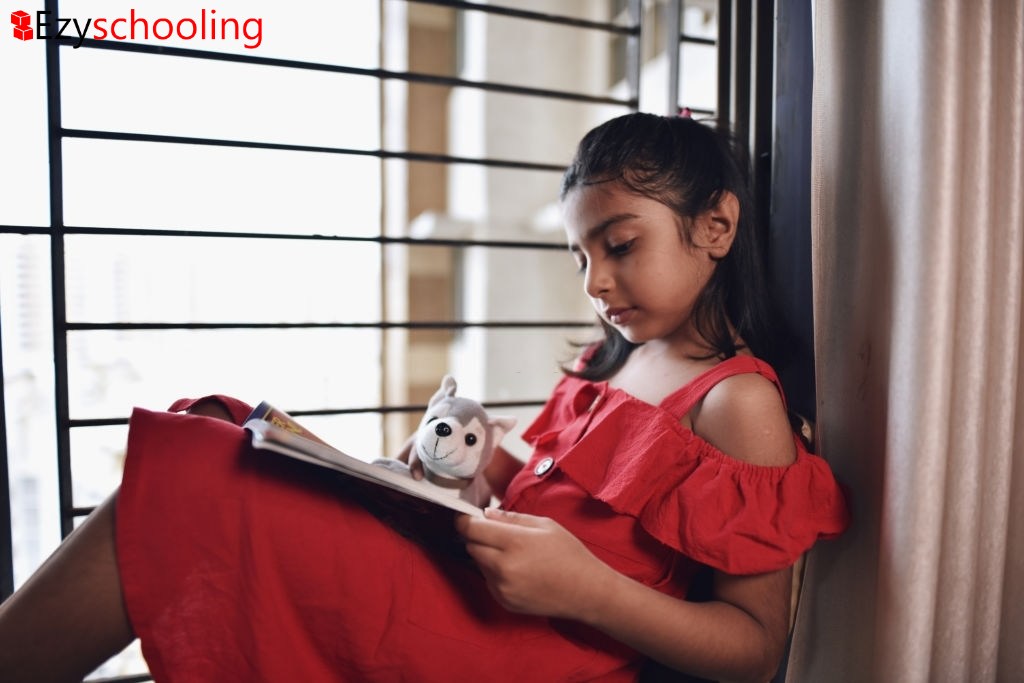 Every person has a different taste in books and their genres, but some cult classic books are just too precious to be missed out on, especially by children. Here are a few children's classic novels that deserve a read no matter the age group.

Published in 1905, ' A Little Princess ' is one of the best children's classic works written by Frances Hodgson Burnet. This is an expanded form of her relatively shorter narrative 'Sara Crewe'.

In the story, we are introduced to the protagonist, Sara Crewe, a 7-year-old girl brought up in India by her father Captain Crewe who was a wealthy man who pampered Sara with lots of love and extravagant materialistic possessions. Sara is brought to London where she is admitted to a boarding school, headed by an unnecessarily unkind headmistress who disliked Sara but was pretentious. Tables turned for Sara upon the sudden unexpected demise of her father which left her as an underprivileged orphan. With nothing to offer anymore, Sara is treated very inhumanely by the headmistress. Meanwhile, she meets Mr. Carrisford, a close friend and business partner of Sara's late father. He has come to London to look for Sara. After a certain period, he realizes that Sara is the child he is looking for. He tells Sara that his father's wealth will be restored to her and becomes Sara's guardian.

Giving this classic a read, I never thought it would be so comforting. Sara is portrayed as a kind, imaginative and companionable girl. Throughout the book, her eccentric behavior can be looked upon as admirable qualities, especially by the young readers. She has been shown as both a filthy rich girl as well as a penniless girl, but her generous attitude towards others remains the same throughout. She understands as well as depicts the fact that 'being a Princess' is not about possessing catchy outfits and ornaments but a remarkable personality. The story feels like imagery within the imagery. The reader can very well imagine Sara imagining all her thoughts. Who wouldn't want to befriend our heroine Sara Crewe who refused to fall victim to her circumstances? Her invincible optimism and wisdom make her a stellar little Princess and she tries to instill the same aura in the reader. This uplifting story about friendship, perseverance, and compassion is highly recommended and a must-read.

' Charlotte's Web ' is one of the most beloved children's classic books written by E.B.White and was published in 1952.

The plot revolves around Wilbur, a runt piglet who is saved from getting slaughtered by a girl named Fern. Fern looks after Wilbur and treats him like a baby. After some time, Wilbur is sent off to Fern's uncle, Zuckerman's, farm so that Fern can visit him whenever she wants to. Initially, Wilbur felt left out and downhearted but then he meets Charlotte, a beautiful spider who lives in the doorway of his barn, and befriends him. One day, Wilbur learns that the farm owner has planned to slaughter him in the coming days. He is terrified but Charlotte assures him of his safety and promises him that she will protect him. She starts spinning different words above Wilbur's barn with the help of Templeton, a witty rat. This amuses everyone and makes Wilbur seem special which made the farmer spare his life.

Amidst all these, Charlotte becomes too weak and passes away, handling Wilbur her laid eggs. Wilbur looks after the eggs as they hatch. Three among all her offsprings decide to stay with Wilbur and they become great friends.

The normal yet so peculiar theme of this book is what attracts the reader. The book emphasizes various themes like unconditional friendship, trust, the inevitable nature of death, and the fact that every life matters. Readers, especially children, need to come across such loveable characters - Fern, who believes that everyone deserves to live, Charlotte, who is wise and practical enough to accept the cycle of life, and Wilbur, who wants to live the life he is been given. Life as well as death, are dealt with in this story. They are shown from different perspectives - Of Fern's, Wilbur's, and Charlotte's. This book would make you sad at heart but indulgent to life's basic values. I remember reading this book as a child and falling in love with its profound theme and again picking it up as an adult and falling in love all over again. This classic piece may leave you with teary eyes but for sure a smiling face and is highly recommended for every age group.

'Oliver Twist, a classic novel written by Charles Dickens was serially published from 1837 to 1839.

The story centers on Oliver, an orphan born at a workhouse in London. Her mother dies soon after he is born. After 9 years of his life, he is transferred to a warehouse where they had to work hard and were given insufficient food to eat. One day, some bullies compelled Oliver into asking for more food from Mr. Bumble. He was then apprenticed to a Chimney sweep and then to Mr. Sowerberry. After fighting with another apprentice of Mr. Sowerberry, Oliver runs away and escapes to London. He there meets a guy who introduces him to his owner, Fagin, who turns out to be a criminal who trains orphans to pickpocket for him. Oliver turns devastated during his first theft but is convicted of it. He is taken by Mr. Brownlow, whose pocket they had picked. Fagin's gang then kidnap Oliver and bring him to Fagin, forcing him into burglary. Oliver is shot and left on spot during his first burglary. He is then taken by Mrs. Maylie, the house owner, and her niece, Rose. Further in the story, it is revealed how a guy named Monks, Oliver's half-brother wanted to deprive Oliver of his share in his inheritance, how Rose turns out to be Oliver's aunt and Fagin is punished for his crimes. Monks signs Oliver his share on the compulsion of Mr. Brownlow. Oliver is then adopted by Mr. Brownlow. They and the Malies then move to the countryside for a happily ever after.

This book has many colorful characters of different nature. Though a bit dark at certain points, young readers would still enjoy giving it a read. The story deals with both good and evil, justice and injustice, and good luck and bad luck. It is highly satirical of the happenings of those times. Problems like child labor, kidnapping, robbery, murder, etc are thrown light on in this story. Human's best as well as worst qualities are displayed intensely while entertaining the reader. The book also shows how not everyone surrenders to the circumstances and gives up their morality. This classic is a painting of Dickens's view of humanity and cruelty. Everything about the book- theme, characters, location, and especially the statement, "I want more" by Oliver is very crucial. This is a must-read children's classic to get an idea of the older times with a stunning storyline.

Published in 1881, ' Heidi ' is a popular novel written by Johanna Spyri.

The central character of this book is a young orphan girl named Heidi who is looked after by her aunt, Deta. But on being hired for a job, Aunt Deta could no longer look after Heidi and so had to leave her with her grandfather who lived in the mountains. Initially, he was reluctant to keep Heidi but with time, Heidi falls in love with the place and develops a great bond with her grandfather, her Shepherd friend named Peter, and the villagers. But after a few years, her aunt Deta arrives and decides to take Heidi away with her to a town where she is supposed to look after a paralyzed girl named Clara and will be educated as well. Clara and Heidi become good friends but Heidi falls ill of homesickness which worsens day by day. Mr. Sesemann, Clara's father decides to send Heidi back to her grandfather. Later, Clara visits Heidi and Peter jealous of their friendship knocks Clara off her wheelchair. This act of his leaves Clara with no support to walk with and she is forced to walk on her own which made her overcome her paralysis. Amazed by the mountains and everything, Clara's father assures Heidi's grandfather that he will take care of her in his absence.

Though more than a century old, this book never fails to amaze the reader with its beautiful theme of friendship, love for nature, healing, and restoration. We see the theme of healing and restoration in Heidi helping heal her grandfather's attitude and Clara's different ability, Clara helping in educating Heidi, the family doctor and Mr. Sesemann deciding to send Heidi back to cure her homesickness and promising her grandfather that Heidi will be looked after in his absence. Heidi's serious homesickness depicts how addictive the love for nature can turn out to be. Her bond with her grandfather, Clara, and Peter shows how sociable Heidi is. In conclusion - This delightful Classic piece about the story of an endearing little girl is a must-read.

This article has been reviewed by our panel. The points, views and suggestions put forth in this article have been expressed keeping the best interests of fellow parents in mind. We hope you found the article beneficial.
TAGS
• reading
• books
• Reading habits
Related Articles 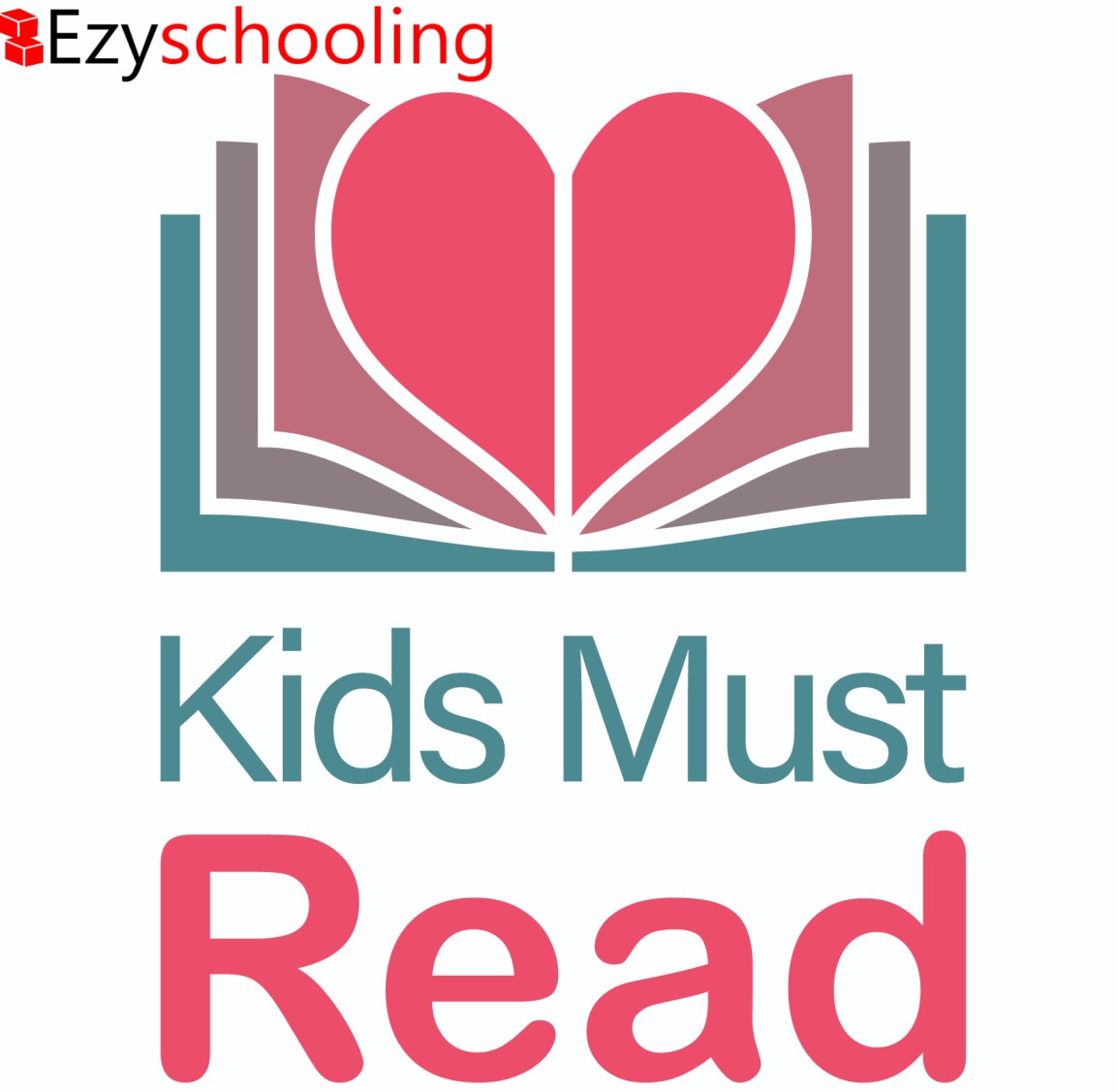 Reading Milestones For Kids(According to their age) 329
The community is here to help you with specific parenting problems.