Chess originated from an Indian ancestor called chaturanga and has achieved its popularity in India chiefly because of former 5-time world champion and chess grandmaster Viswanathan Anand. In a great initiative to lead his legacy and to promote the game chess, Ridge Valley School, Gurugram emceed the long-awaited Shatranj Competition 2021-2022. Children around the age of 6 to 16 got a fair chance to showcase their chess skills and emerge as kings or queens of their chequered domain. Students across India from UP, Haryana, West Bengal, Punjab, Karnataka, Rajasthan, Andhra Pradesh, Maharashtra participated and competed against each other. Three categories U-09, U-13, and U-17 have been introduced under which students were competing. 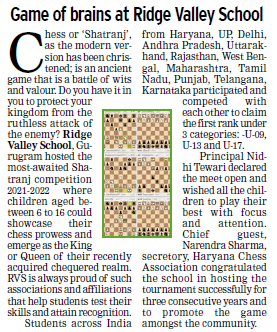 Principal Nidhi Tewari declared the meet open and gave best wishes to all the children. She feels proud for being proficient in channeling students' skills and helping them attain recognition. Chief guest, Narendra Sharma, secretary at Haryana Chess Association congratulated the school for being able to host the tournament successfully for three consecutive years and to promote and facilitate the game amongst the community. 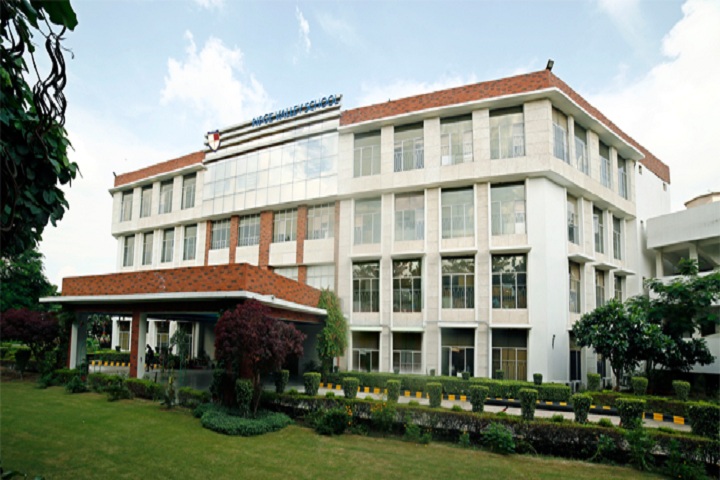 Chess builds the cognitive abilities of a person helping them to strategize their life better. It improves memory capacity and concentration while enhancing proficiency in pattern recognition, decision making, problem-solving, spatial reasoning, and critical thinking. It offers a constant development of the human mind. This initiative on the part of the school denotes their dedication to cultivating these abilities in students for life-long growth and development.

Ridge Valley School is a co-ed school affiliated with the central board of education which has a profound vision to deliver value-based education to budding minds and offer a dynamic learning environment. It believes in inclusion that cultivates empowerment in children not only in academia but also reinforces a child's ability to socially and emotionally connect with their peers. RVS constantly emphasizes leadership qualities by encouraging students to take part in extracurricular and sports activities. The school has a core committed faculty coming from highly accomplished backgrounds complemented with tremendous experience. Apart from having made outstanding investments in their infrastructure and facilities, their curriculum has also been curated after thorough research and has distinguished branches as primary schools, middle schools, and high schools to imply the proper segregation of the syllabus.