Schools to remain shut till October 31; teachers are worried 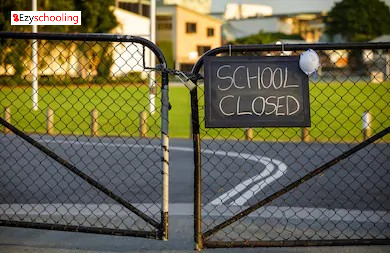 Delhi government has decided that schools in Delhi are to remain closed till October 31, which is not by the Unlock 5 guidelines of the Union government. As per the guidelines, schools can reopen in a phased manner from October 15, however, the Delhi government has decided the school reopening date to be extended to the end of this month. This extension has been a subject of concern for the teachers who are worried about the students, whether they are on track with the heavy syllabus.

Among them, the principal of DAV Public School Pushpanjali Enclave, Rashmi Biswal, has assured that online classes are on track in their school, but their major concern is with the conduction of practicals. They had adopted methods to carry out practicals in small batches of 15 with proper precautions and counseling. However, the repeated delay in opening schools is leading their state to the worst.

Another problem that schools are facing is the evaluation of the progress of the students and their assessment. Similar concerns have been raised by the government boys' school in Outer Delhi. The genuineness of assessment is still in doubt and tests can't be carried out properly. This is further deepening the bleakness in the prospect of carrying out CBSE board exams in 2021.

Educators across many schools are worried about the students’ progress despite efforts been done in sending notes and explanatory voice notes. Students have similar problems and still aren’t able to adjust to online classes, facing difficulty in understanding concepts.

Role of Iodine in Child’s health