Is your child too particular about things? Here's how to deal with OCD 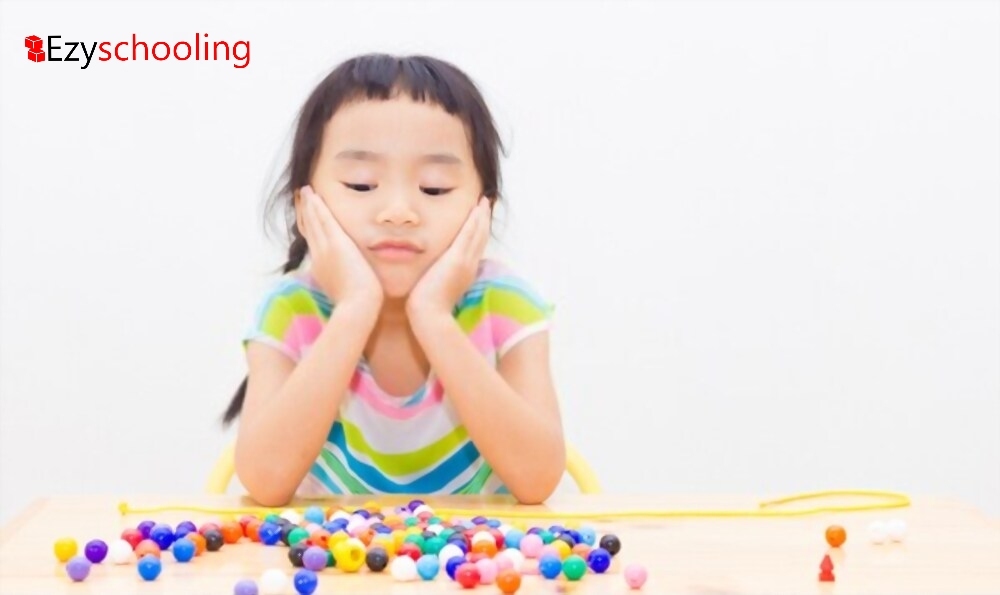 Obsessive-Compulsive Disorder or OCD is a psychiatric disability, which causes affected people to repetitively have uncanny feelings and thoughts, which makes them anxious and panicky even in a normal situation. These obsessions, in turn, induce strange ritualistic behaviors known as compulsions. OCD may occur in all age groups, including children. Those kids who are afflicted by it need extra attention and care.

Causes of OCD in children -

OCD comes in many myriad forms in children. If it is not treated in time, the behaviours of the child will deteriorate progressively and shall continue to hamper their lives negatively. It is often assumed, a child may develop OCD because of his\her gene though it has not been scientifically proven. The possible reason why a child might develop OCD are given as follows,

• Neglect and Bullying by caretakers.

• Abused or being a spectator of abuse.

• Any despondent effect as death of a loved one, nasty divorce, etc. 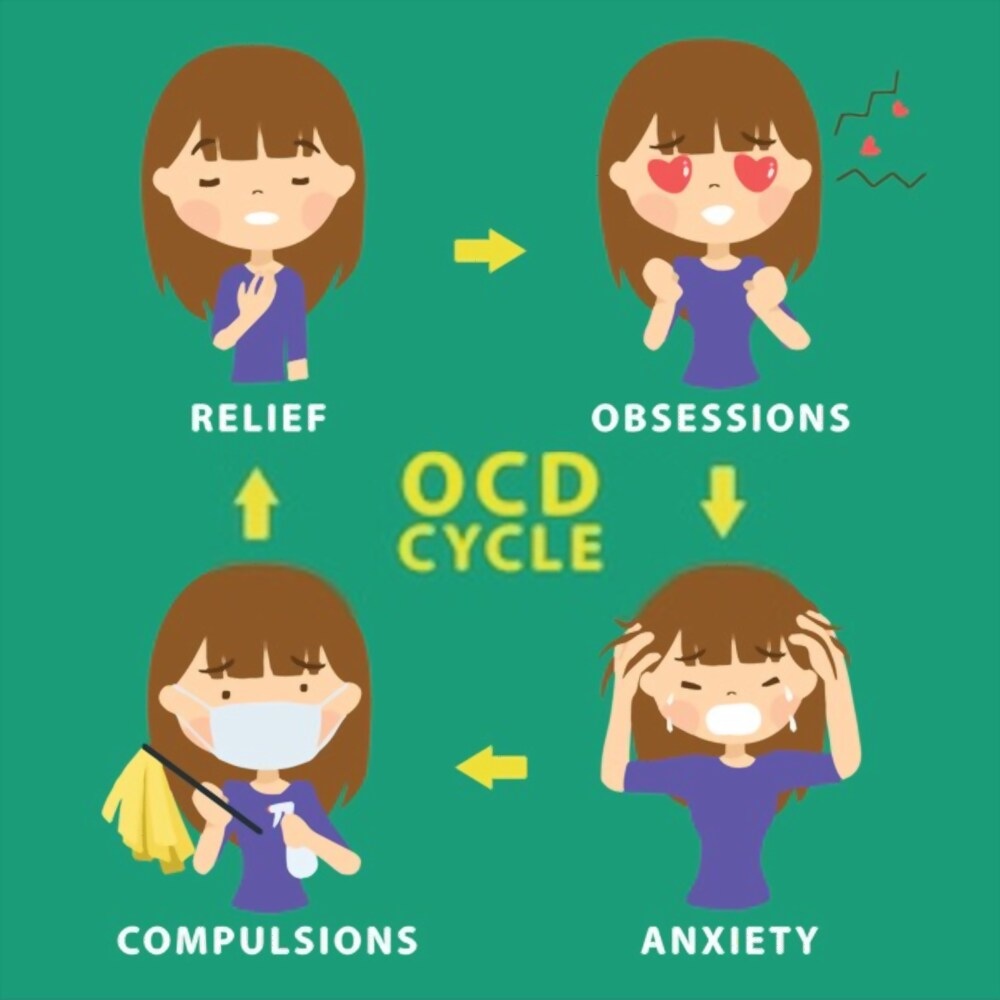 Symptoms of OCD in children: Obsession and Compulsion

The obsessive thoughts and compulsive habits induced by OCD are not something that can be controlled by the afflicted children.

Obsessions are unpleasant sensations and notions that might occur to the child repetitively. This, in turn, causes the child to breed erratic fear and cause them stress and anxiety. Some of the most common obsessions include -

• Worrying ceaselessly about contamination from germ and getting sick.

• The need to do everything in perfect order and precise motion.

• The fear of a loved one getting hurt or sudden death befalling them.

• Being troubled by violent imaginary, sexual or dark thoughts, etc.

Compulsions are behaviors that a child suffering from OCD showcases routinely at long span. They often engage in strange monotonous activity to drive the feeling of crumbling unease they suffer from if they refrain from that particular activity. These may include the following activities –

• Repeating the same letter, word, or question again and again without any reason or need of it.

• Checking and re-checking the same activity they have already executed.

• Avoiding reading a certain word, using a certain color, or skipping a specific number in counting because it does not feel right. 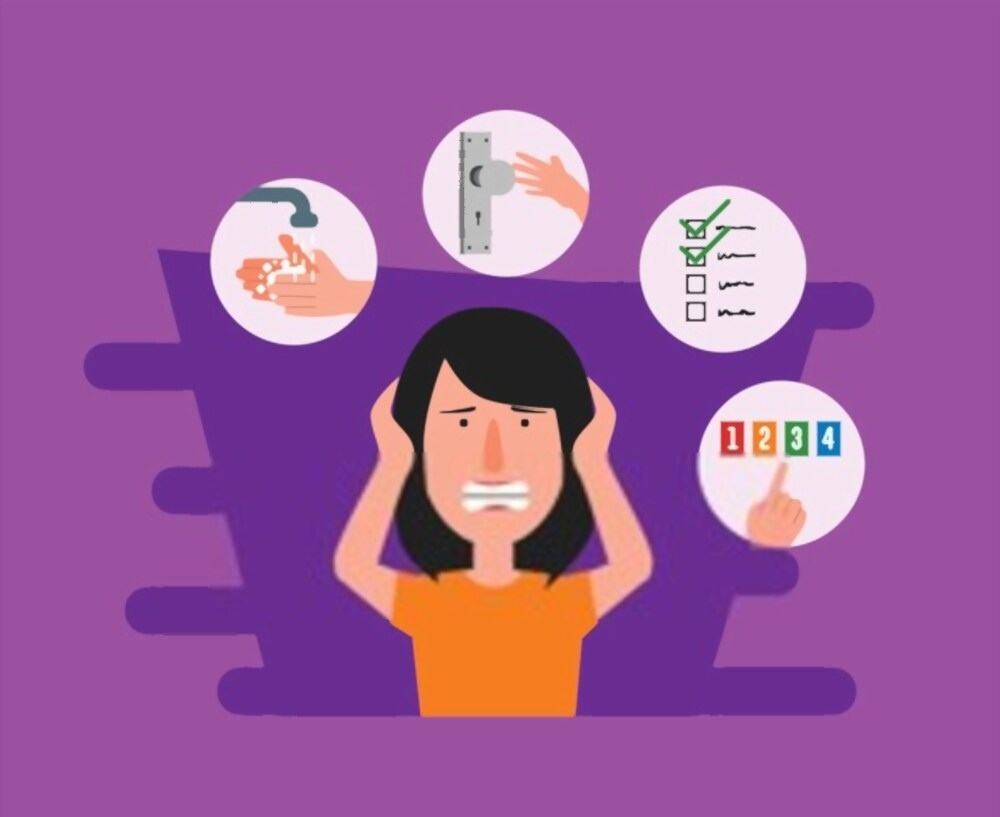 A child having OCD faces various problem in their daily life. They cannot adjust to their surrounding, cannot socialize with their peers, and are often a victim of bullying in school because they are dubbed strange. The kids by themselves cannot do anything to overcome it and needs aid from adult to overcome it. While they may feel that their thoughts and action are inappropriate, but they cannot bring themselves to shut them out completely and this may escalate their troubles.

How can parents recognize symptoms of OCD in children?

It is difficult for parents to recognize the symptoms of OCD in children especially toddlers because they are in nature unpredictable. Children with OCD have less serotonin in their brain, which impairs their normal development. Each child might showcase different symptoms. Excessive attachment to a certain thing, doing a certain activity for a long span, preventing parents from using certain words, or engaging in any activity precariously are some signs which may indicate to parents the need of taking their child to mental health expert or psychiatrist.

Treatment of OCD in children -

Only a mental health expert or child psychiatrist can evaluate the mental state of a child and firmly establish whether he\she has OCD or not. Experts after taking into consideration the age of the child, overall mental and physical health, and measuring the severity of his condition shall follow up with a treatment. It might include any particular or combination of modes given below –

• Cognitive and behavioral therapy – This involves identification of the child’s fear and however, irrational it may appear, coaxing the child to overcome it. Though, the focus in CBT therapy is for taking control of fear for a limited amount of time. This includes mental exercises and tricks to drive fear from the mind and resolve it. Evasion techniques are also briefed to help the child avoid a sticky situation.

Psychiatrists in their session often after letting the child engage in their compulsive active, put restrains upon it by imposing regulation and limits to duration and ties he\she can participate in it. For example, a parent can prevent the child from using the same doorway again and again by telling him a story.

• Medication - Pediatric OCD is often caused by lacked serotonin in the brain and doctors often issue “selective serotonin reuptake inhibitors” to a diagnosed child to increase its level. These medicines cannot cure the disease magically but rather puts it under control. Clomipramine, fluoxetine, fluvoxamine, and sertraline are the ones that are commonly medicated by doctors to treat OCD in children.

• Exposure and Response Prevention Therapy – It is the most effective treatment for children suffering from OCD. It is a type of Cognitive behavioral therapy that exposes the child to fear and helps him learn from it. Unlike CBT therapy, ERT therapy aims to get rid of the fear itself, rather than learning to bear or to evade it. 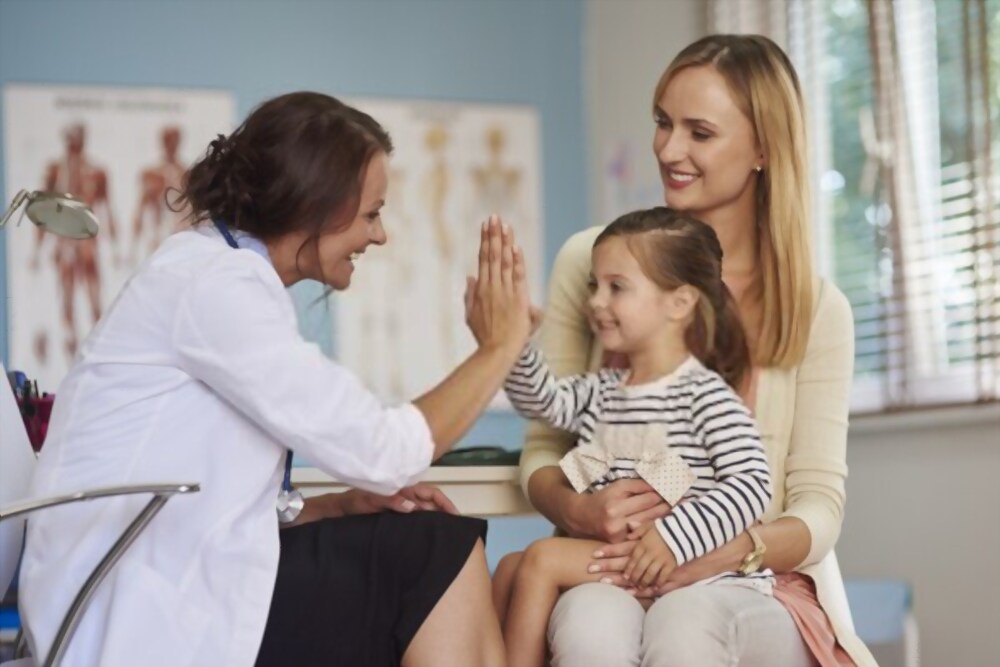 How can parents help a child with OCD?

Parenting a child is no easy job and it stands true for the child with OCD as well. The kid with Obsessive-compulsive disorder is no strange being but a special child that needs more love and affection. You can help your child overcome his obsessions and compulsions by adhering to following suggestions.

• Imposing limits - The problem of OCD escalate if the child can engage in those activities time and again that gives him solace. It is necessary to prevent the child from doing so by setting limits. They can coax the child by relaying that repetitive engagement is harmful.  He or she may cry or throw tantrums in response, but it necessary that parents do not get swayed by the child’s distress as it is for their own benefit. Even if the child fails to see the reason, the concerned adult needs to stick to their imposed limits firmly as eventually, the kid will get used to it. It is also necessary that one does not set a goal that is near impossible for the child to achieve, it should be done to suit or accommodate the child’s capacity as well as the needs.

• Use of reward – It takes much effort on the part of the child with OCD to adhere to your set limits of doing a certain task and battling fears on his\her own. It is essential that parents appreciate the kid's effort and rewards him\her for good work. This in turn will encourage him to challenge his disorder and overcome it.

• Aiding the therapies - Parents should take a keen interest in the therapy sessions and must constantly interact with the therapist. During treatment, kids are often assigned to practice combating with fear in the outside domain. Parents should assist in such exercise and assure the child.

In addition to it, parents should take exposure and response therapy beyond clinics. They can help the child with OCD at home. At times adults unconsciously reinforce the child’s fear and anxiety through their protection measures. They should enable the kid to face fear subtly, rather than shielding them. Also, while sustaining an environment for your kid to overcome his OCD, it is necessary to reflect on one’s own ritualistic action. One should always convey to educators truthfully about the child’s special condition so that they can keep an eye out for your child. Interacting with the child on regular basis and simply communicating with him or her also helps substantially in minimizing OCD induced behavior in the child. Also, coping mechanisms should be taught by allotting task that goes beyond their comfort zone like washing dishes, rearranging book in different manner, etc. This, in turn, shall help in developing adaptive skills.

It is important to remember that OCD can impair one’s life drastically, but it can be overcome. By taking periodical therapies and medication from time to time, Pediatric OCD can be cured completely. Its severity can be minimized greatly and enable the child with obsessive-compulsive disorder to lead a normal life and grow into a healthy individual.

This article has been reviewed by our panel. The points, views and suggestions put forth in this article have been expressed keeping the best interests of fellow parents in mind. We hope you found the article beneficial.
TAGS
• child
• children
• mental health
• disorders
Related Articles 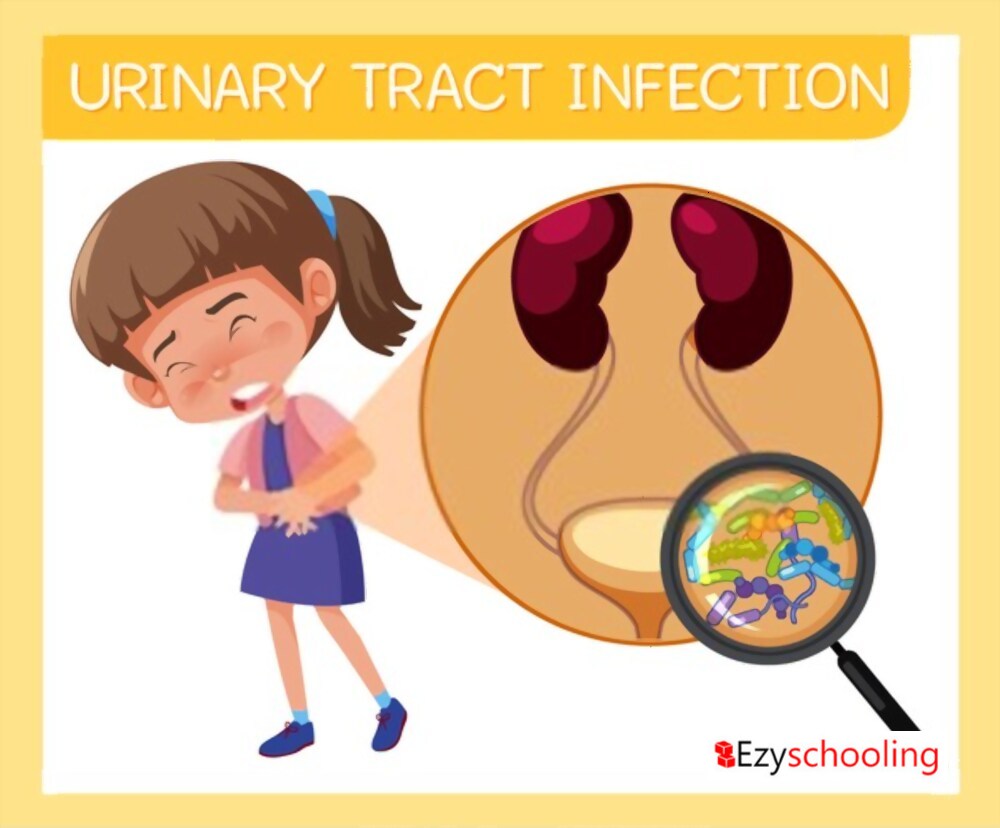 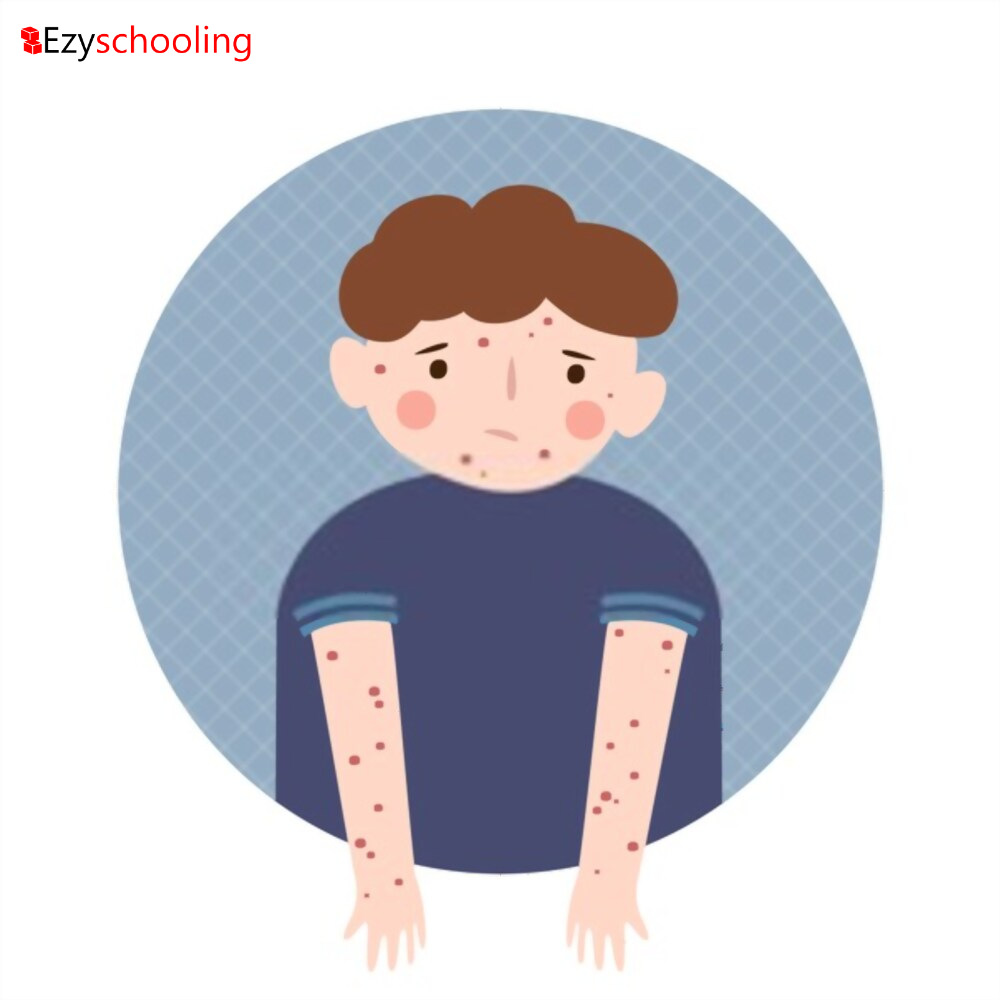 Can chickenpox be life-threatening for children? Aayushi Aggarwal 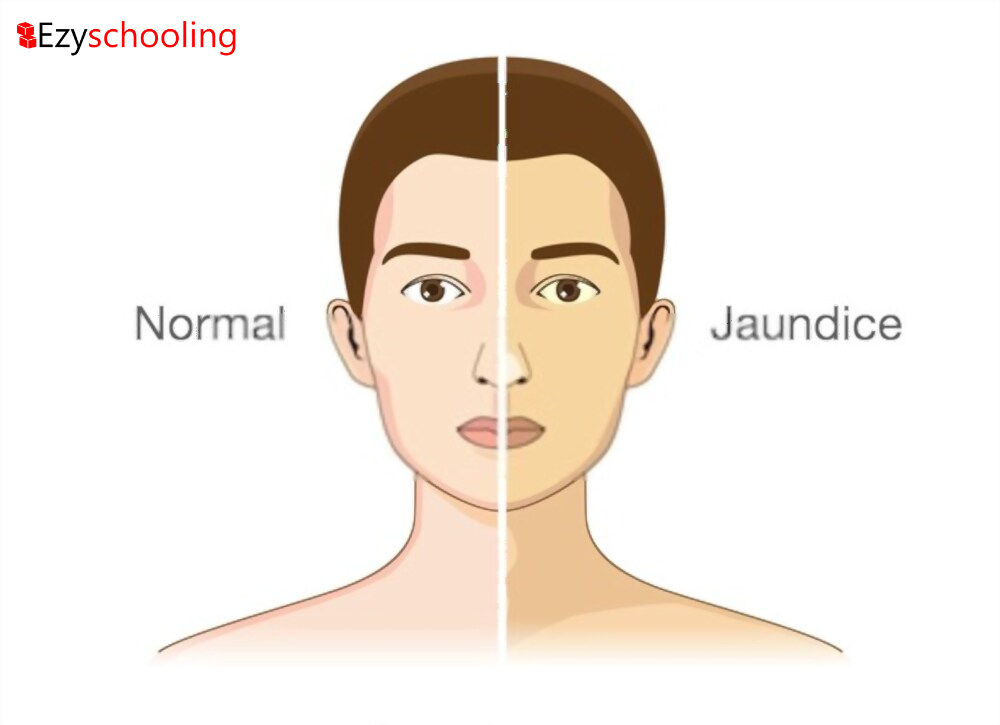 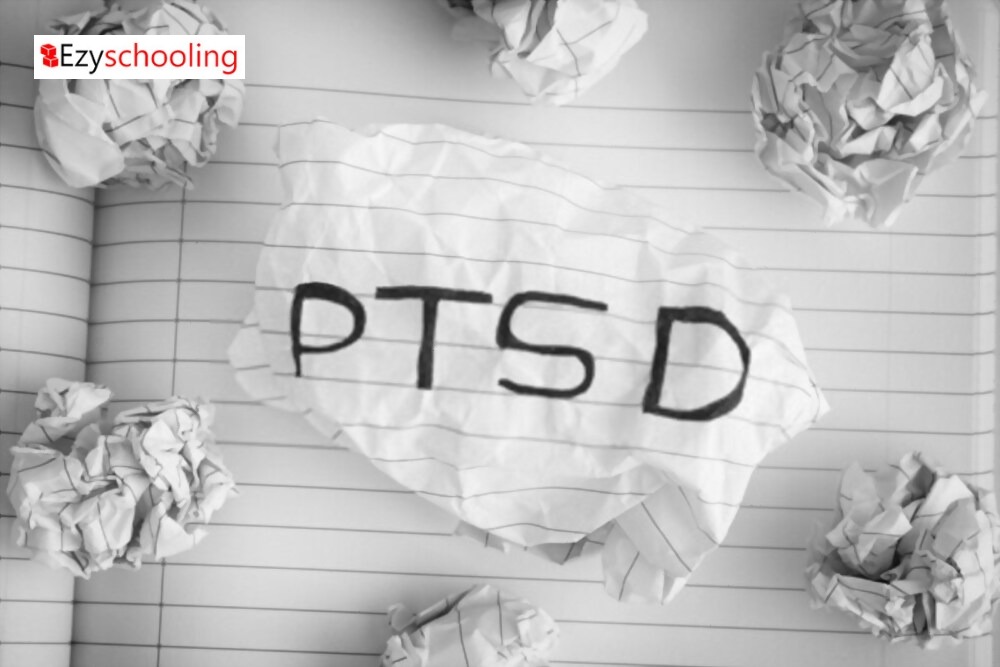