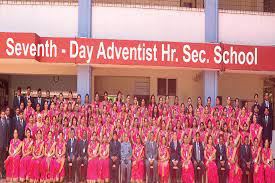 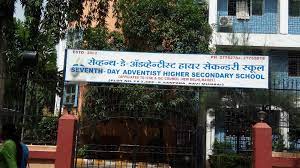 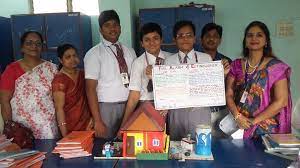 Seventh-Day Adventist High School for boys and girls is conducted by the Seventh -Day Adventist Organization. It is registered as a partici-pating institution under By-Laws XXIX of the Council of Seventh-Day Adventist Educational Institution registered under the Societies Registration Act, XXI of 1860 S. No. 267 Of 1972. Seventh-Day Adventist Organization is a world – wide Organization having it’s head office at 12501, Old Columbia Pike, Silver Spring, Mary Land -20904, in the United States of America. The sub continent of India falls under a Division called the Southern Asia Division of Seventh-Day Adventists and it’s headquarter is situated at JeevanJyothi Campus, Post Box No. 2, H.C.F. Hosur 635110. Tamil Nadu, India. The SDA Organization has a worldwide educational program. It is operating 5,404 educational institutions, including 88 universities and colleges in 193 countries around the world. They are also operating 30 training centers and medical institutions along with training colleges around the world. The School at Sanpada is a part of the network of school run by the organization. The School is Affiliated to Council for the Indian Certificate of Secondary Education, New Delhi in the year 2005. The Council was established in 1958 by the University of Cambridge Local Exam-inations Syndicate with the assistance of the Inter – State Board for Anglo – Indian Education. In December 1967. It was registered as a Society under the Societies Registration Act. 1860 and in 1973 the Council was listed in the Delhi School Education Act, 1973 as body conducting “Public” Examinations.