Stereotypes are everlasting if we choose to accept them. We often come across the term “stereotypes” but do we know what they actually mean and what created them? These are nothing but widely accounted for beliefs regarding a specific group. They are formed by the underlying norms set by society. Once such stereotype that has been deeply rooted through ages is the biased family roles.

Let us consider an example, from waking up early to prepare breakfast to pack lunch boxes for the kids and sending them off to school, from handling the household chores to paying the bills of newspaper, they ensure to make our lives easier and comfortable.

Who comes to your mind when you read this?

Surely more than 90% will relate it with their mothers. In this ever-changing world, we are witnessing an evolution in traditional family roles. Gone are those days when mothers had to cook meals with her kids hanging onto their dupatta or saree while their fathers are earning to buy the grocery. Today, many dads are breaking the stereotypes by exchanging roles with their wives. The evolution started when women empowered themselves by aspiring to do what they wanted to. This gave men an opportunity to break the stereotype set by society and live a life of their choice.

We live in a world brimming with patriarchy however, it is not just women who face gender-based challenges. Men have also been a victim of society set standards of masculinity. They have never been recognized as someone who can take care of the kids as well as the house. This is the thought process that is followed all around the world and India is no exception. This thought process is why the status quo between men and women has been moving further apart. The fact that gender roles have been stigmatised to such an extent that any deviation is unacceptable to us. On the brighter side, urbanisation has brought into light a lot of changes regarding the fixed roles, but in a country like ours, exchanging roles is rarely accepted in today’s misogynistic society. The possibility of men becoming a stay at home dad is completely unthought of in India and often men are ridiculed to not be manly enough which is why the concept is shunned here.

Usually, a stay at home dad is not something that a man plans to be, it is the circumstances that lead him to choose this role. It can be anything like losing a job, health issues, or need of the family. Currently, due to the pandemic, a lot of male earners have lost their jobs and are stuck in their home which has taught them how to help out with the household chores. A house is made by the efforts of both the parents; therefore, it should not matter who earns and who chooses to stay back at home. If due to any of the above-mentioned circumstances, the father decides to stay back, the roles may be reversed but at the end of the day, both are supporting the family on an equal scale. Even though such a role comes with a bombardment of criticisms and backlashes, they should not feel ashamed, as being capable of taking care of the house shows their self-sufficiency and not unmanliness.

Looking at the bright side let us list down some points that show how stay-at-home dads can become our superheroes: 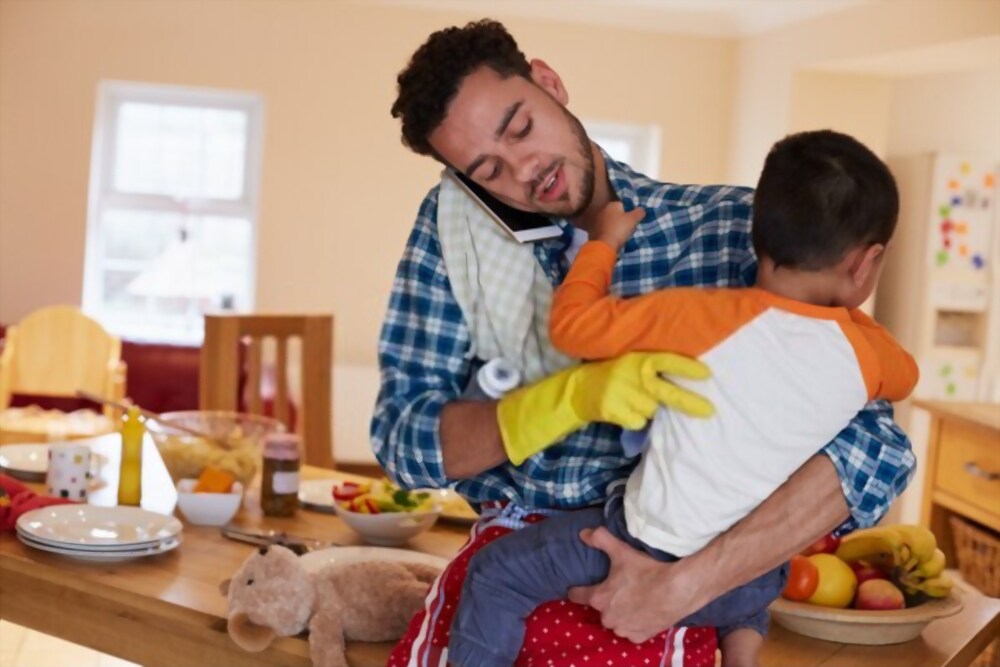 They start understanding their kids better

While they stay at home, they will be able to understand the needs of the children more clearly which they were not aware of earlier. Not only this but also they get an opportunity to spend more quality time with their kids and help them out with their problems. Taking this initiative will also allow the children to see beyond the misconceptions held against stay at home dads.

They will be more empathetic towards their wives

Housewives often feel deprived of the acknowledgement they deserve because their work is always given less importance. When a man steps into the shoes of his wife, he is able to see all the hard work that goes into handling the house. They develop a sense of respect and empathy towards their partners.

They support their working wives

By staying back, they give an assurance to their wives at work that the house is in safe hands. She can work at ease without having to stress about the childcare and all the household necessities. It shows their respect for their wives.

How to break this stereotype? 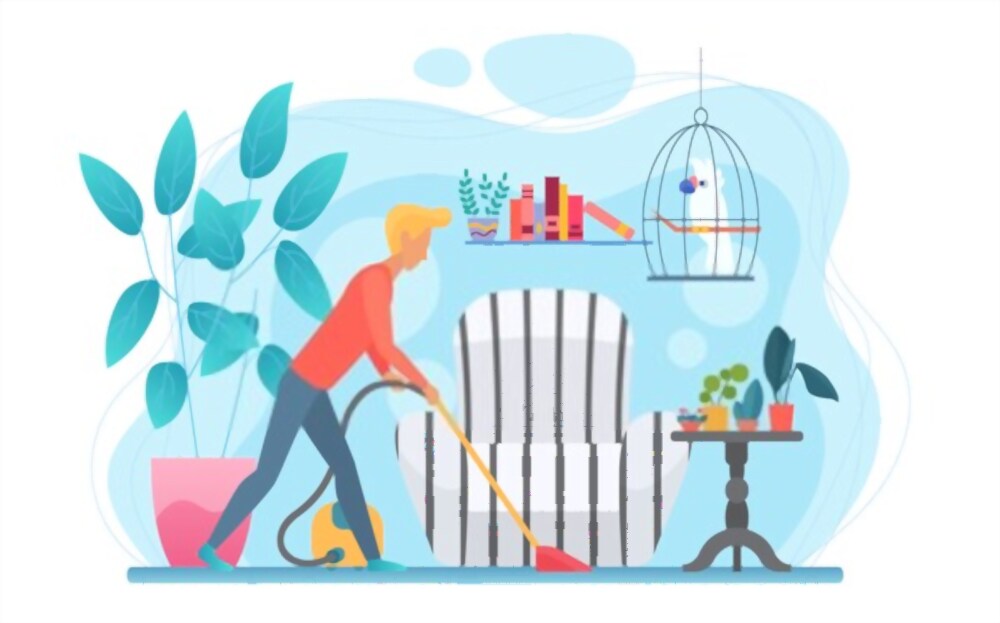 The only way to break a stereotype is mass acceptance and an open mind. Fortunately, many men have come forth and set an example for all those who are scared of breaking the norms. The entertainment field has also come forward to highlight these supermen who are giving their best against the stereotypical world. We have come across movies like ‘Finding Nemo’ and ‘Ki & Ka’ which address the importance of stay at home dads and how their role can change the dynamic of the house. It is not easy to swim against the river but it is not impossible either. No amount of words are enough to appreciate and applaud the courage of the househusbands and their efforts in building a home even amongst the criticisms that they have to face with each passing day.

People need to be educated that there are no fixed gender roles anymore and the concept of gender and family roles have new routes. Anybody can be anything they want and they should not be judged for whatever decision they make. If a man decides to be a stay at home father and supports his working wife’s dream then, this is their decision and it should not be looked down upon. Being a man is not restricted to toxic masculine traits and should not be shamed either for not being assertive or dominant like the preconceived notion calls for.

This article has been reviewed by our panel. The points, views and suggestions put forth in this article have been expressed keeping the best interests of fellow parents in mind. We hope you found the article beneficial.
TAGS
• parenting
• fatherhood
• superdad
• chores
Related Articles 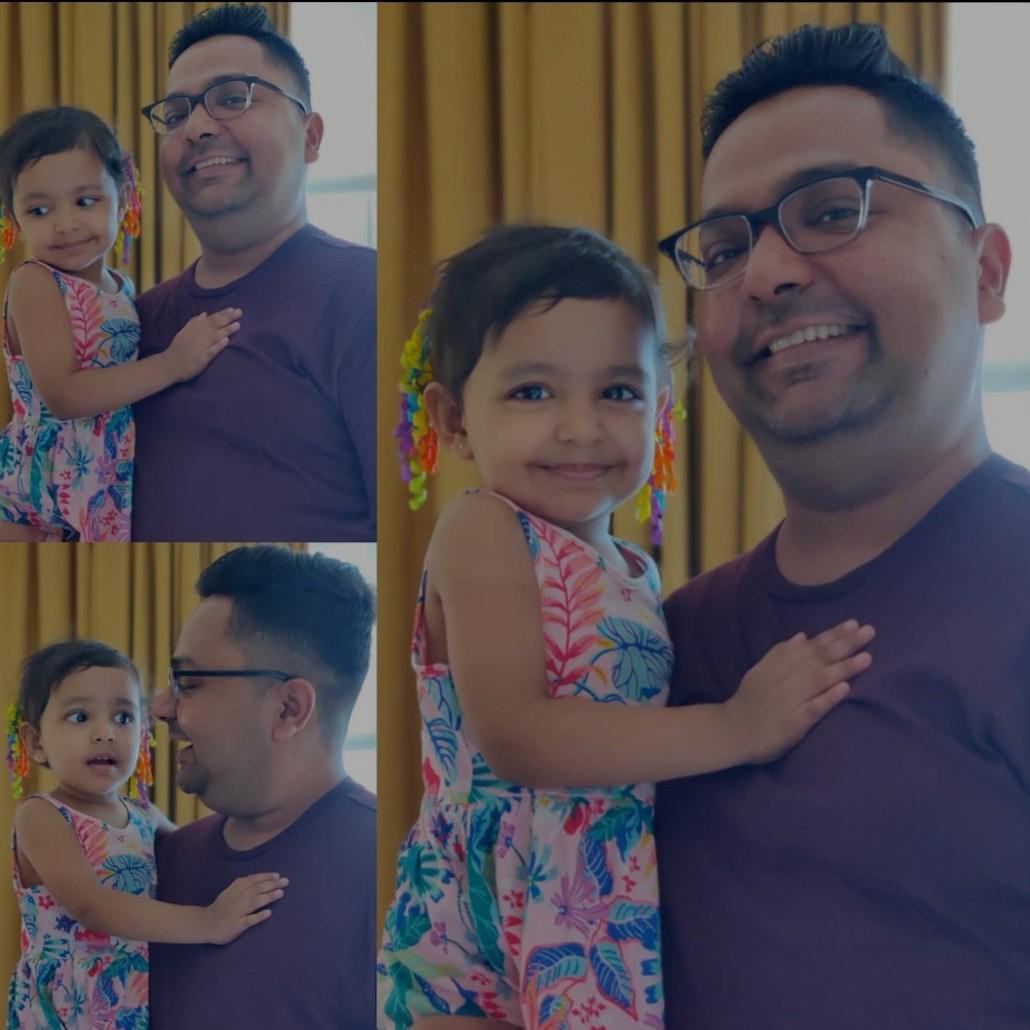 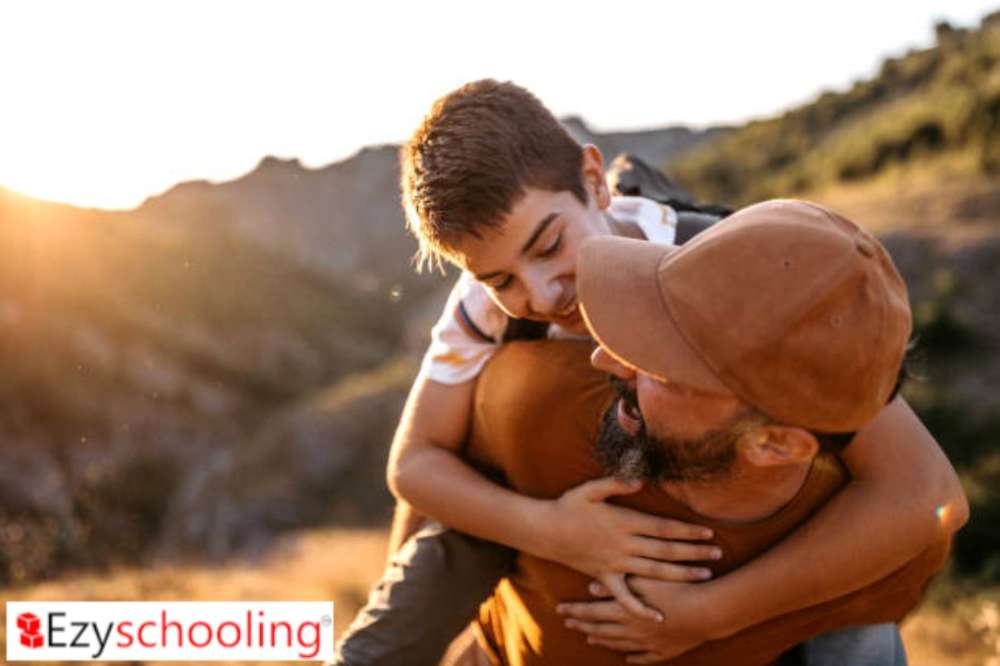 Bond with your teenager: Tips for dads 199 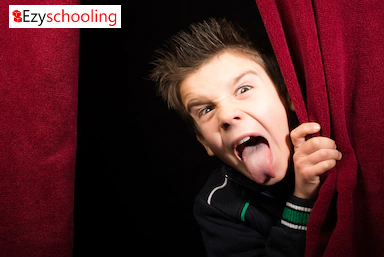 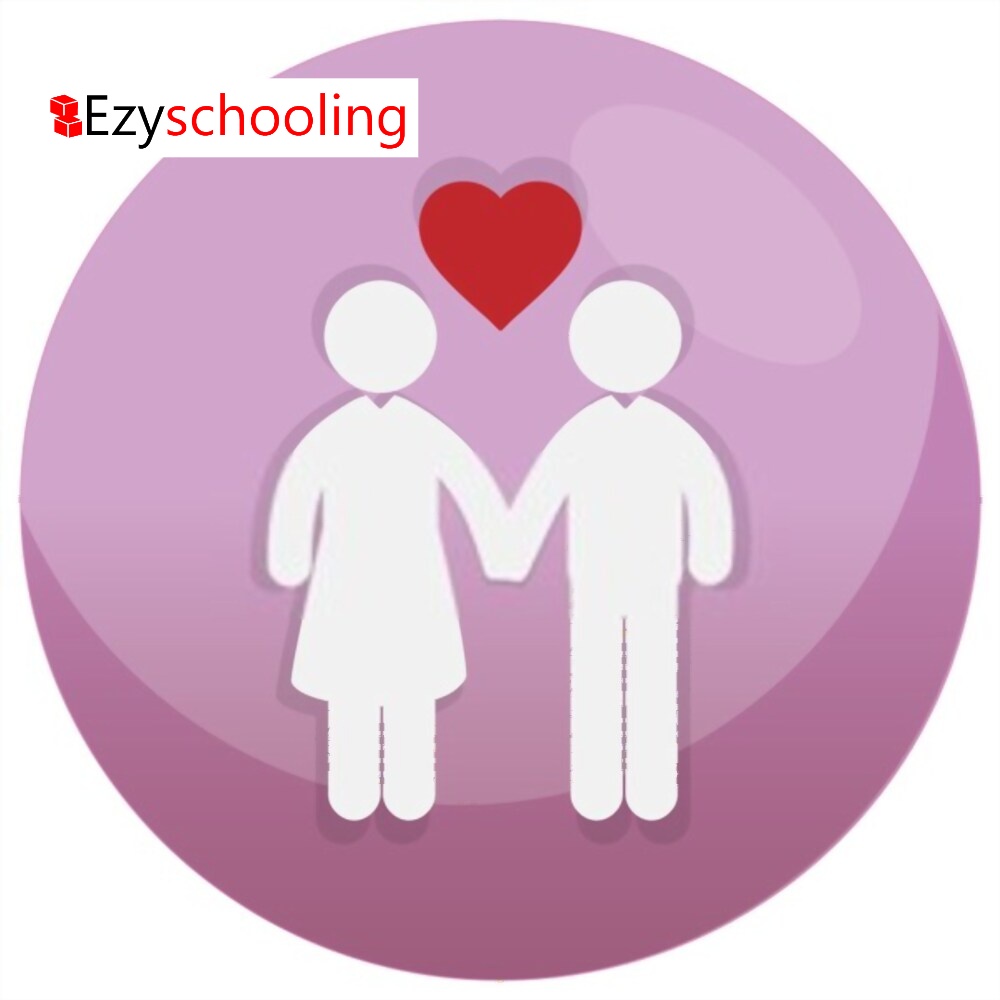 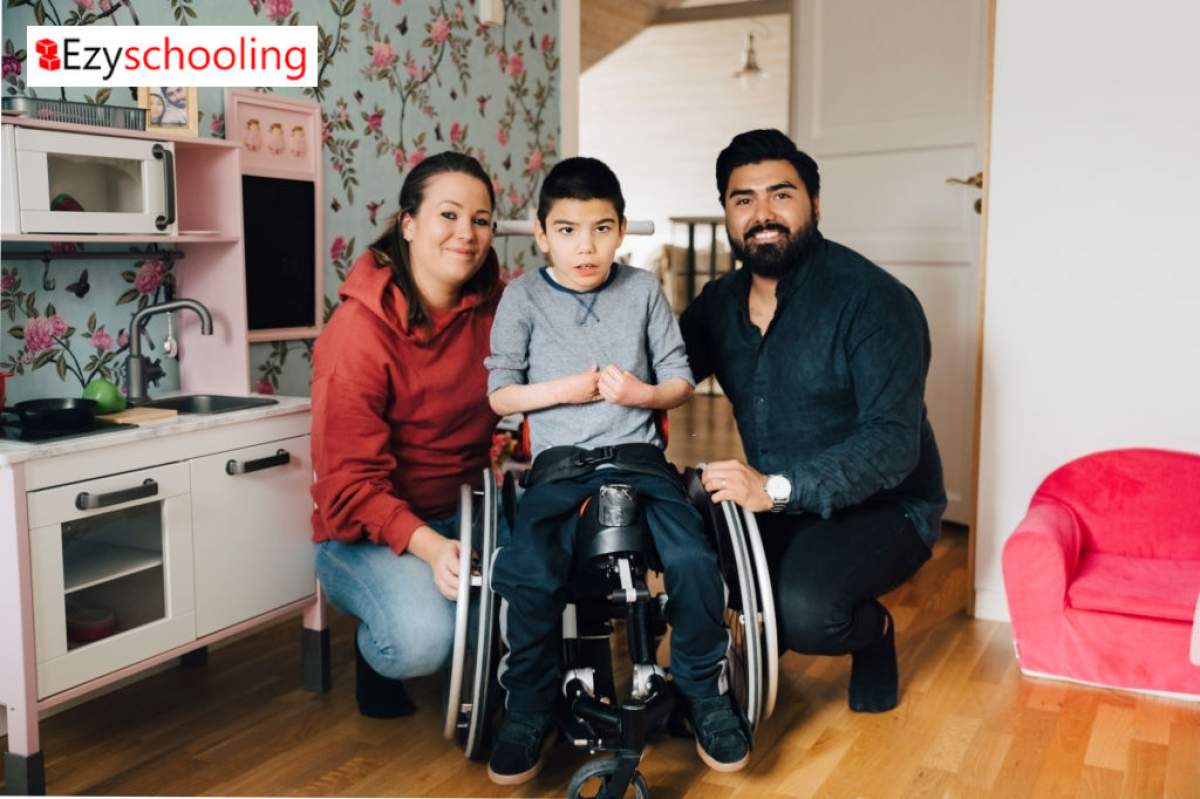 Parenting children with special needs 341
The community is here to help you with specific parenting problems.