5 Differences Between Indian and Foreign Parents

The bond shared between parents and children is something indescribable. Irrespective of everything, it is true that no one in this whole world will love and care about the children more than their parents. But parenting differs from family to family. There is also a great cultural and regional impact on the parent's behavior towards their children.

Indian parents are believed to be 'overprotective' of their children which is a good thing most of the time, but this develops in them unknowingly controlling and dominating their children's life at every stage. The over-possessive, controlling nature of Indian parents affects the children a lot. They are deprived of the right to take even the smallest decisions of their life and be independent.

Check out: Famous Indian Personalities who turned their Hobbies into their Career

This makes Indian parents different from parents around the globe. Here are 5 such instances that illustrate the difference between Indian and foreign parents:

Kids messing up or breaking objects at home

There are lots of pictures uploaded on social media by parents of foreign countries where the kids are seen breaking home appliances or messing up with flour. While the foreign parents naively click pictures 'to cherish the memories', imagine yourself, as an Indian kid, doing the same at your home. The feeling of fear and panic needs no explanation. 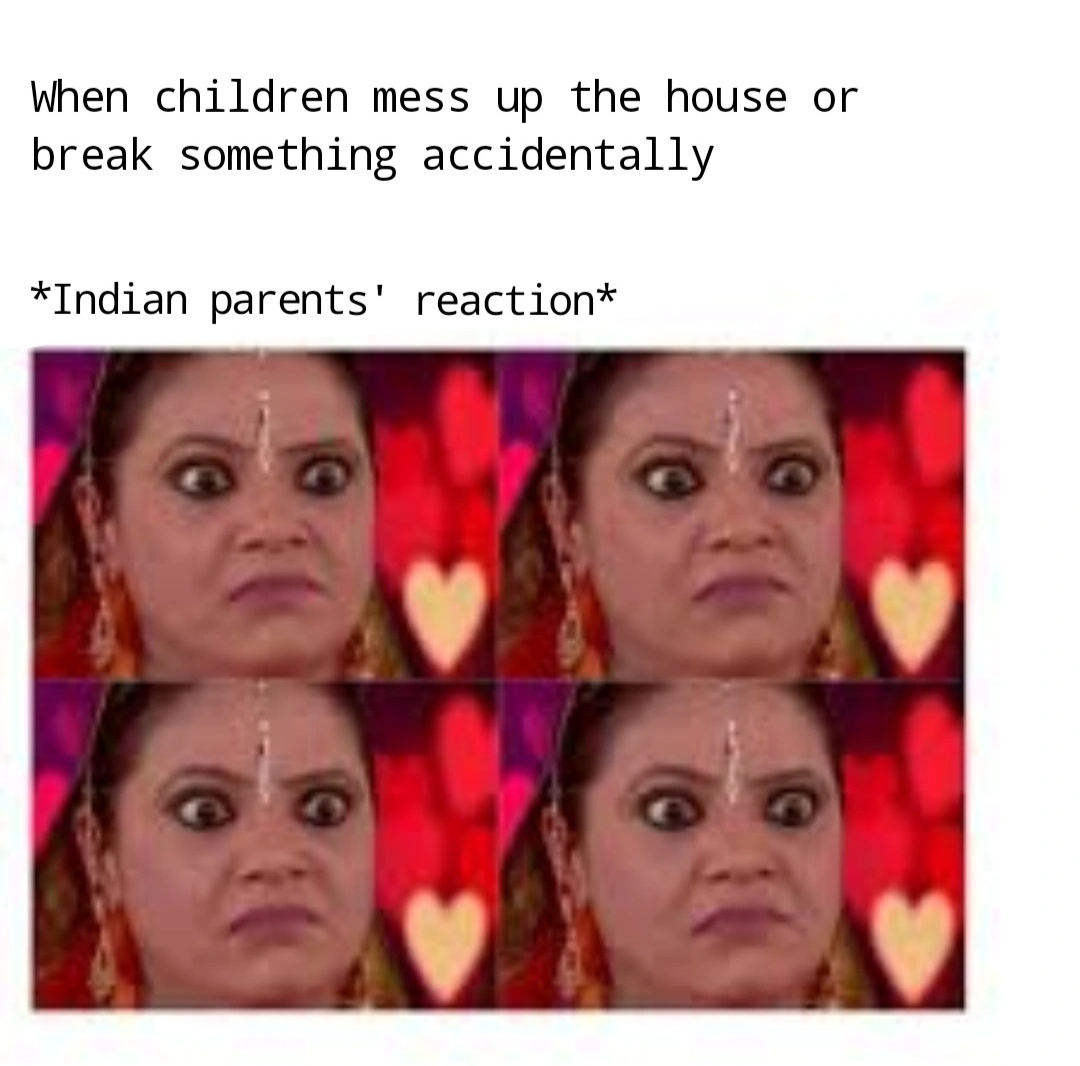 Children not performing well in their school examinations

Parents in other countries generally cheer up their upset kids and motivate them to do well the next time. On the other hand, in India, parents get more upset than the children and at least once in our life, we all have been threatened by the line 'If you don't perform well, we will send you to a boarding school' by our parents. It surely makes us laugh today, but we were all scared by such threats during our childhood. 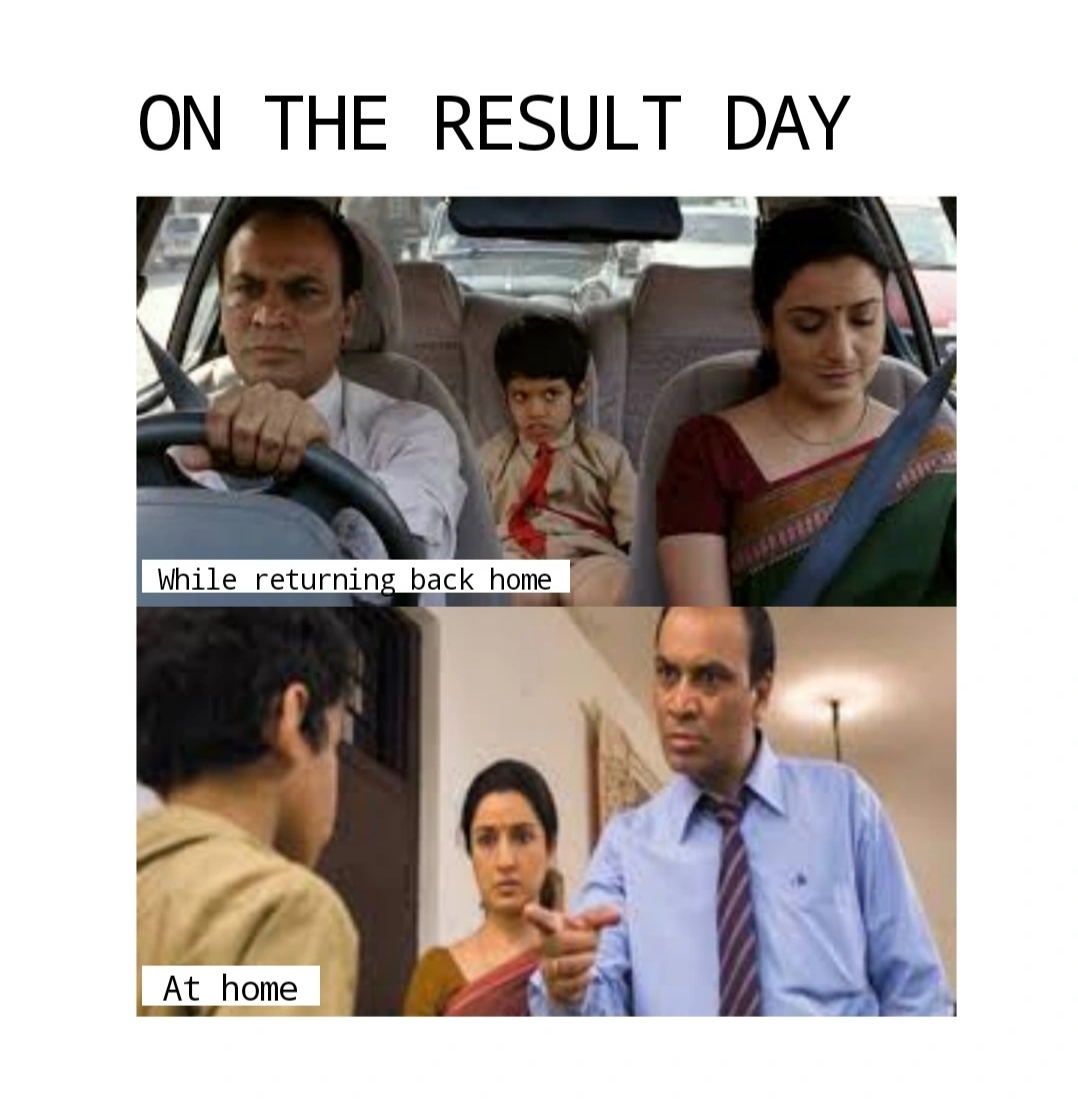 This is something that exists in every Indian household. While most teenagers around the globe are supported by their parents in the diverse career options they choose, most Indian parents are still under the influence of the prevailing monotony of engineering and medical! Most Indian teenagers have been directly or passively urged by their parents to go for these choices. 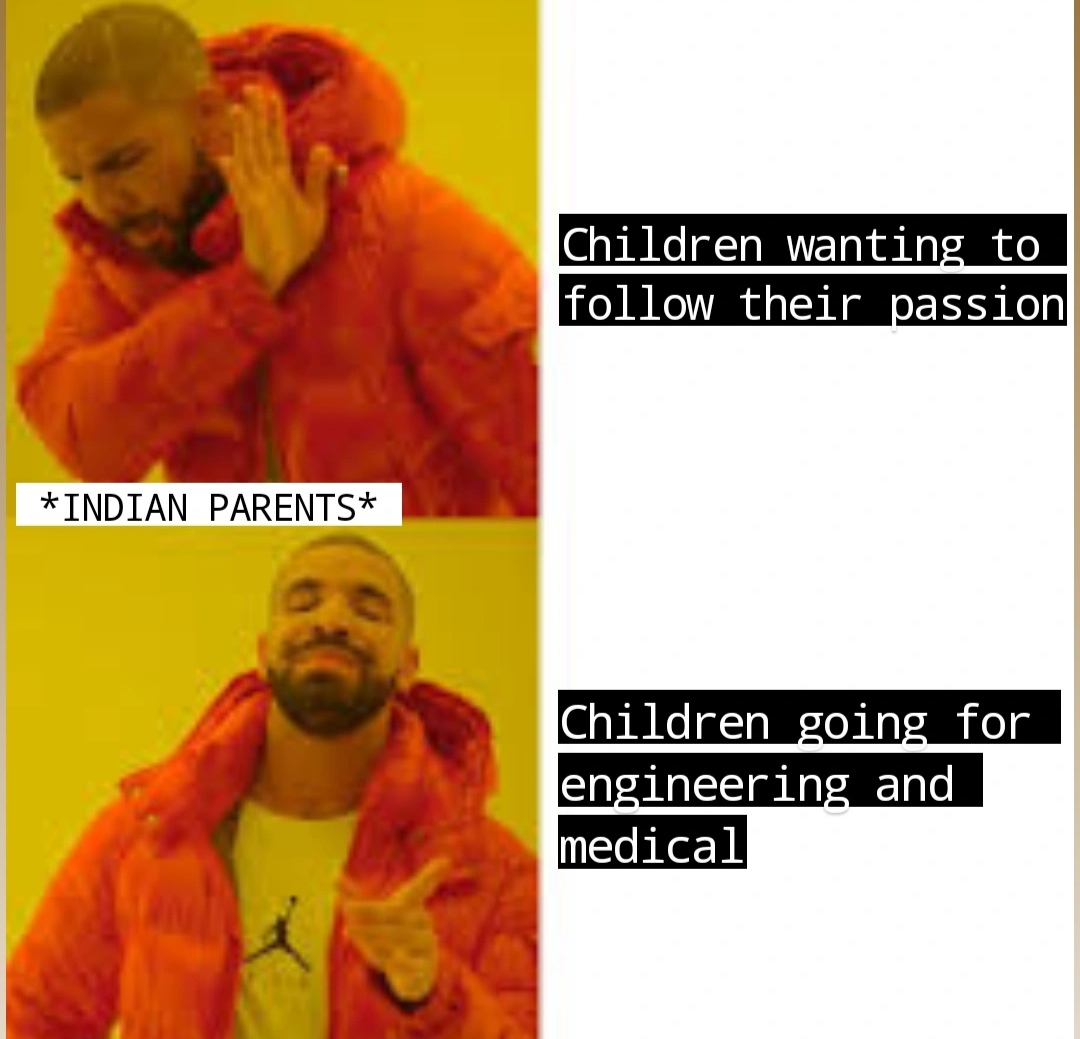 Children complaining about their mental health

While the parents in other countries show up to the therapists to acknowledge their kids' mental health, Indian parents bring out the 'pseudo-therapists' residing in them. No matter what the issue is about, they always have some solutions like 'wake up early in the morning' or 'don't use phones so much'. While they do this unintentionally and out of care, but everyone's mental health must be acknowledged and if required, professional help must be sought. 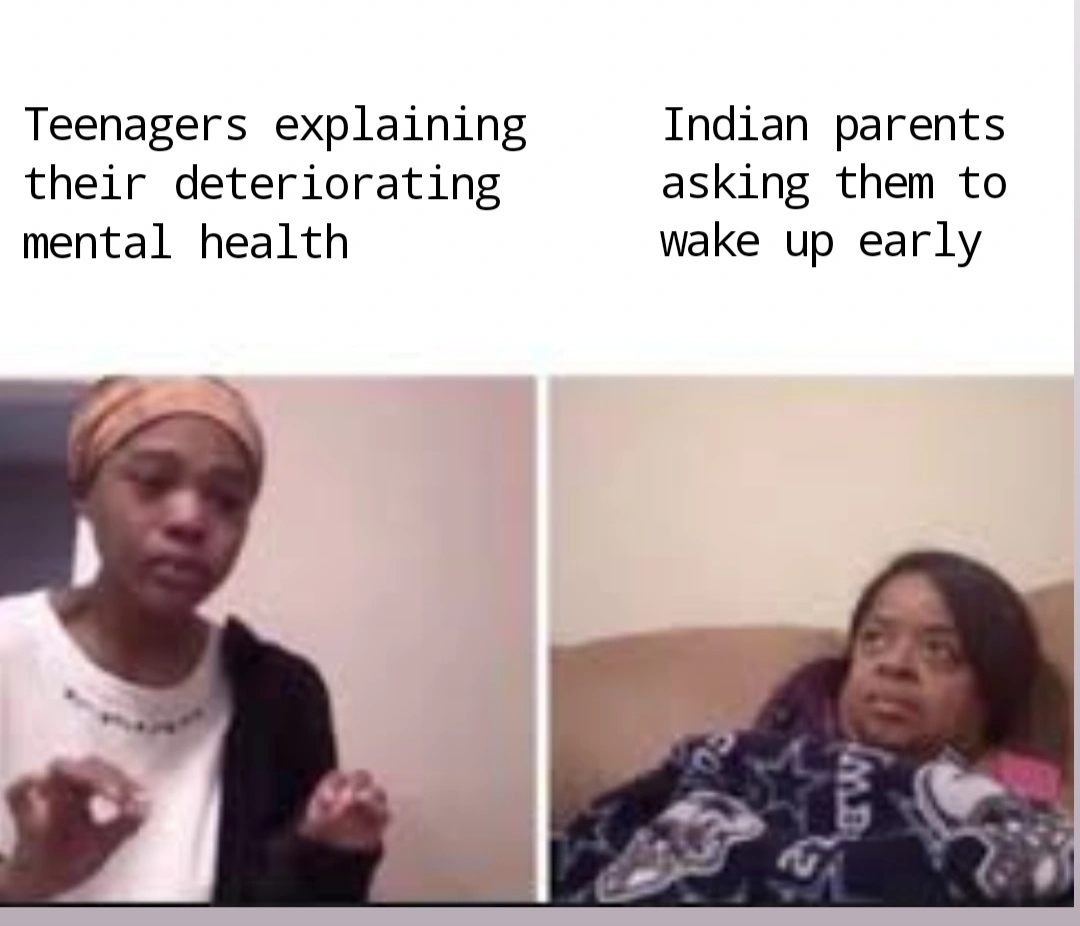 Children disagreeing or refusing to do something

While a simple ‘no’ won't matter much to other parents, Indian parents, especially mothers, get a bit too emotional and sentimental even at the slightest of rejection. They start recalling what they did for their children when they were young and guilt them for denying it. All these, although true, ultimately end up as emotional blackmail. 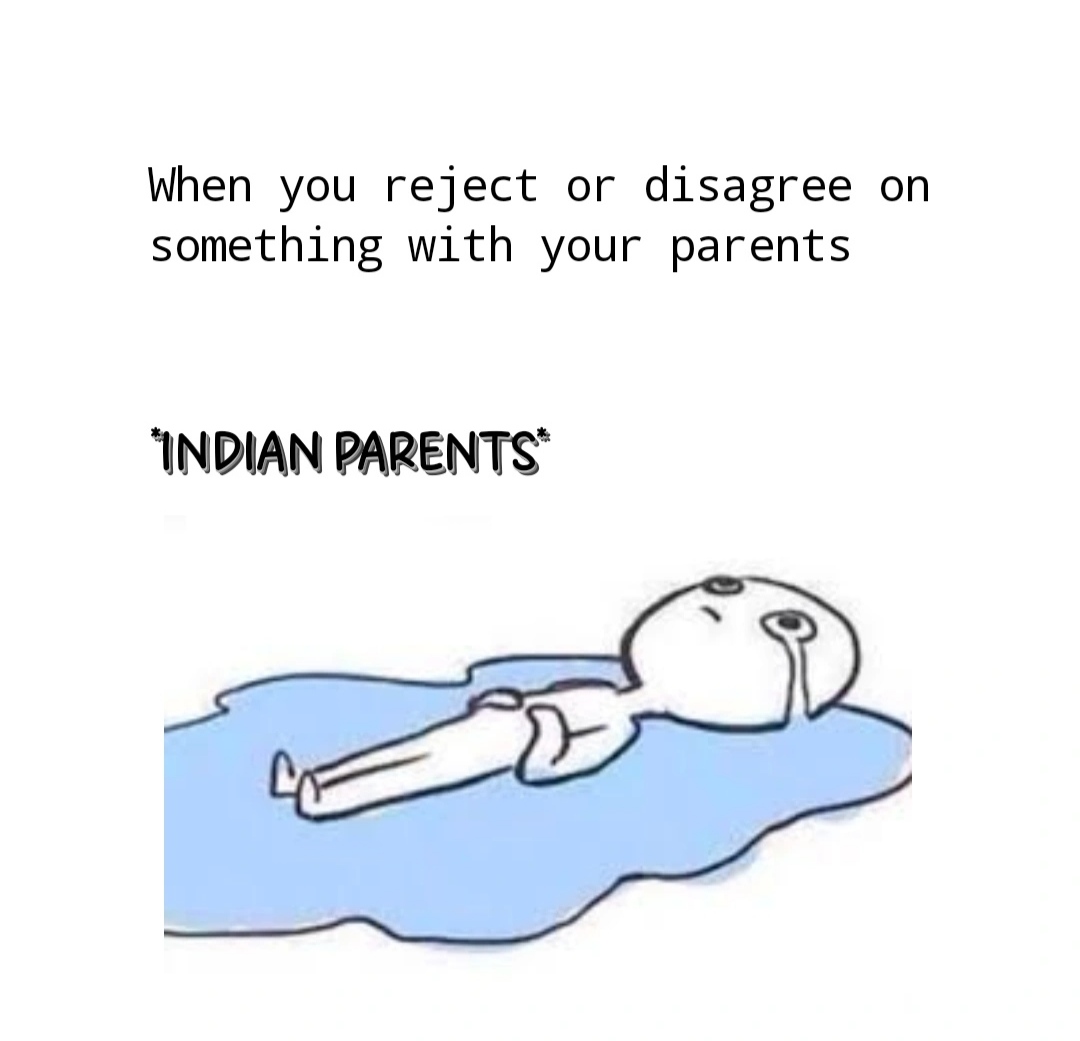 Despite this behavior, Indian parents dedicate their entire lives to their children. In other countries where kids move out by the age of 18, Indian parents stand by and support the kids in their shortcomings. There may be a difference between the generations, the mentality and the expectations but we can't deny the fact that every act and decision of our parents is intended just for our betterment.

This article has been reviewed by our panel. The points, views and suggestions put forth in this article have been expressed keeping the best interests of fellow parents in mind. We hope you found the article beneficial.
TAGS
• india
• Parenting
• Indian parents
Related Articles

Power of Positive Attention in Dealing with Behavioral Problems 38

How to Help a Choking Infant or Toddler? 86

Why You Should Avoid Becoming a Helicopter Parent 117
The community is here to help you with specific parenting problems.